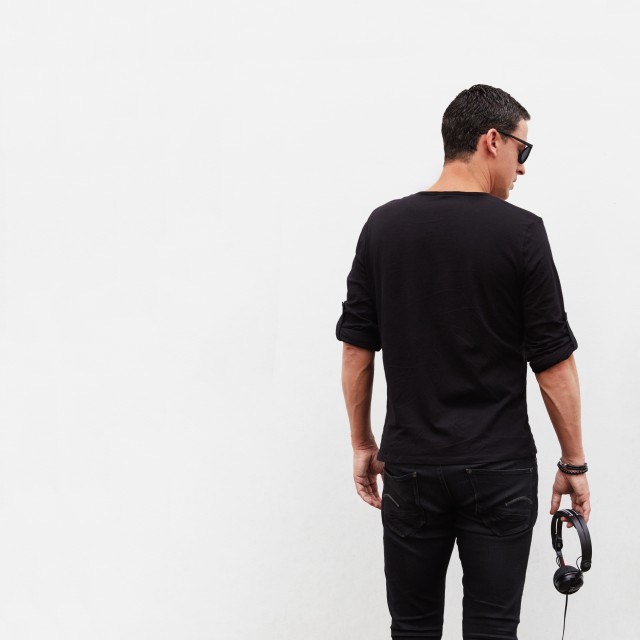 Since birth, Steve aka DESTIN, grew up in an environment influenced by the genesis of eclectic music and got profoundly inspired by his father in particular, whom during the late 70's & 80's, successfully held an exclusive nightclub for over a decade downtown Ghent (Belgium). The club was renowned within and even across the homeland borders, gradually also becoming a well-respected venue amongst young and old at the time. This success was mainly due to his fathers' musical contribution, with his ability to play an extraordinary array of tunes and different genres every week, containing timeless gems and numerous club classics. In essence, using the perfect 'instrument' to effortlessly entertain his party flock every single night.

His back catalogue of approximately 7.500 twelve-inch vinyl's and well over 4.000 singles that he had assembled over the years, was considered as an exceptional collection for his generation and in consequence got the club to legendary highs, receiving critical acclaim for the uncompromising weekly selection of truly great music throughout its existence. As DESTIN matured, while digging into this vast assortment of musical diversity varying from Motown to funk, disco to pop, the blues to rock, among many other styles and genres, he went on to become as passionate about the black shiny vinyl and its distinctive sound as his father was back in the day.

What followed was the determination to preserve this treasured heritage by proclaiming that his destin'y' was in the making… At the age of thirteen, DESTIN started earning pocket money, enabling him to acquire his first vinyl's, with the infamous but legendary Belgian 'New Beat - Take 1 Session' and other classics such as 'B-Sides by Frank Dewulf' at the notorious record store Music Man in Ghent. He would eventually assemble a dynamic music collection of his own that ultimately led to a consecutive stream of invitations, involving guest appearances at private parties for friends and acquaintances during his adolescence. His dj skills and overall capabilities were progressing throughout these occasions, which in turn would contribute to his popularity exceedingly. At that moment realizing he was undeniably hooked and that the preceding determination to be his fathers' successor was going to be insured.

In early 1995 a significant breakthrough was about to derive from this preliminary success, as he got his first residency thanks to a rebellious club owner who decided that the time had come for a new dance scene in his native hometown of Ghent. The dj alias 'DESTIN' was born and so was the club “Café Les Anges", where he unfolded his hallmark to turn the joint upside down on each occasion with trendsetting house, trance & dance sets that he harmoniously blended together from that booming era. Shortly afterwards, the name 'DESTIN' was engraved in the Ghent nightlife and beyond. But as time passed, his never-ending hunger for music had further evolved and also became more diversified. Subsequently incrementing his ongoing quest to a bold new level that is nonetheless suited for any event or party, with signature mixes of many styles seamlessly fused into one immaculate sound that he had mastered successfully over the years. Thereafter, DESTIN has been cultivating his reputation and hosting parties all over the country and abroad, for major corporations and countless high-profiled birthdays, weddings, anniversaries, communions, commercial pop-up projects, product launches, fashion shows, movie premieres, sporting events and celebrities. Summarily, DESTIN secured the legacy whilst forever being galvanized by his father's inheritance…