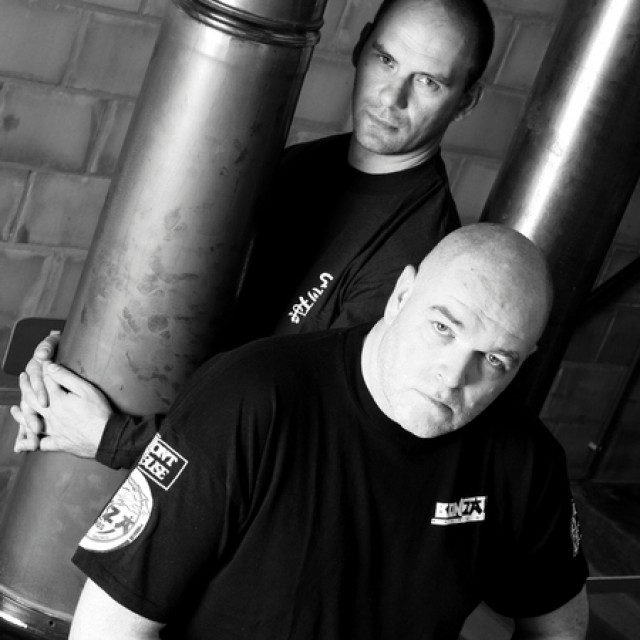 Bonzai All Stars are made up of business partners, close friends and DJs Christian Pieters aka Fly and Marnik Braeckevelt, this DJing duo have been prominent figures of EDM since the early days and have been instrumental in defining genres of the early to mid-nineties. Today the guys reside over many record labels under the Bonzai Progressive banner and are regular guests at huge parties and festivals all over Europe, as the Bonzai All Stars, such as Tomorrowland, Super Sonic Festival, Back To The 90s, Burcht Dance, 21 Years Of Cherry Moon and Cherry Moon Beach with many many more to come. The aim of this collaboration is to bring back the memories of a time when the music was new and fresh, and now that the oldskool sound from many genres is ever more present in clubs and arenas all over the world and the Bonzai All Stars will be at the forefront of this "back to the oldskool" revolution.

Christian Pieters bought his first 7 inch when he was about 10 years old and it didn't take long before he had a complete DJ set-up in his bedroom. His first big gig came when he was just 16 years old at a club called La Scala in Blankenberge, although he had already played pop and rock in popular student bars in Antwerp before that. He also stood behind the decks during the last months of the famous AB Club in Antwerp where he played more experimental as well as mainstream stuff such as Carlos Peron, Unknown Cases, Max Berlin, Simple Minds, etc....

At the end of the eighties he opened the Blitz store which quickly turned into a meeting point for DJs, from here the requests to play at other clubs flooded in to a point where he was more away than at the store. In 1992 he met with Yves Deruyter who was resident at the Cherrymoon club in Lokeren at the time, this partnership led to magical times with lots of international guests and an ecstatic public.

The immense success led to the launch of the now very famous Lightning Records in 1992, mother- ship to great known labels such as Bonzai Records and countless big club hits followed with the Bonzai sound being known all over the world.

Soon after Fly became resident in another institution in the Belgian club scene, Extreme until the end of 1997, although his DJing didn't stay limited to his residencies in Belgium as he became a well-loved and regularly invited guest at some of the most prestigious festivals in the world such as Mayday (3x), Love Parade (6x), Street Parade (Zurich), Future Shock, Mysteryland, City Parade, Dance Valley and Tribal Gathering. He has also taken control of the decks in more than 500 clubs worldwide including, E-Werk (Berlin), Technoclub (Frankfurt), Limelight & Palladium (New York), Queen (Paris) and he has shared the decks with many other great DJs such as Sven Vath, Carl Cox, Marusha, Westbam, Cj Bolland, Ron Trent, Humate, Hooligan, Jeff Mills, Richie Hawtin, Robert Armani and Tiesto.

Setting his DJing to the side Fly has found the time to support and showcase fresh new talent, and to do this he created numerous labels under Lightning Records and this has helped to launch the careers of artists such as Yves Deruyter, Jones & Stephenson, Bountyhunter, Insider (in the early days) and Airwave. Kevin Vega, George Vemag, plus many many more in recent times. He also took to production himself with his release on Bonzai Trance Progressive as Fly called "Multitude Of Sins" and as Mooneyes with "Twilight Creatures".

Before 2003 he also built and managed several Bonzai recording studios where the artists could do their thing and where they created that world famous Bonzai sound. Those releases were then distributed by Lightning Records and the artists got the chance to play in many famous clubs.

Fly was also at the head of the Bonzai recordshop called Blitz, and the - as never seen before from any label - extensive merchandising which was the result of high public demand! For many years it was impossible to go to any European event without seeing the T-shirts, caps, stickers or other images of the Bonzai logo.

Shortly after the fall of Lightning Records (a result of the drastic decrease in CD and vinyl sales), Fly started Banshee Worx with his long-time friend Marnik Braeckevelt and they started to concentrate on the digital market and enjoying great success as Banshee Worx - Bonzai Progressive now owns about 20 to 30 labels as well as distributing close to a 100 worldwide.

Now Fly is hungry for the dancefloors again as he feels it's time to spread the Bonzai sound back into the hearts of clubbers everywhere. After a long break from DJing Fly started up the Bonzai Progressive Kult and Legendary events parties with Marnik, Airwave and Yves Deruyter to name a few, he has also, together with Marnik as the Bonzai All Stars, made regular appearances at huge parties including Tomorrowland , Cherry Moon Retro Beach 2012, Super Sonic Festival, Back To The 90s and more with many more to come.

Today Fly is as busy as ever with finding new talent, nurturing existing talents under his labels and providing mixes for the highly successful weekly radioshow Bonzai Basik Beats. So be prepared as Bonzai madness is spreading!

Marnik Braeckevelt started DJing when he was 16 at a local Radio Station and a local Pub in his hometown Kapellen. The radioshow he had was called The World Of 12 Inch and was important for listeners in Antwerpen and Holland.

He started to work for N.E.W.S. where he compiled the Serious Beats CD series and then at Antler Subway where he was label manager for Dance Opera. He also has countless remixes under his belt for artists such as Pragha Khan, Dream Your Dream, System D, Private Productions and Subtrance to name a few, and these have appeared on many compilations like, Bonzai Trance Progressive, Serious Beats, Renaissance Presents, Retro Arena, Euphoria and Music Worx. He joined Lightning Records (Bonzai) in 1995 and was the key player in the build-up of the international network and success of the company worldwide.

After Lightning closed doors he and his close friend Christian Pieters aka Fly decided not to give up, so they joined forces with Yves Deruyter and Airwave and founded Banshee Worx which remains highly successful and hugely respected due to the quality of music that is sourced and published.

As a producer Marnik has teamed up with many great artists, notably with Laurent Veronnez aka Airwave, they have produced under the aliases Antidote, B4 and Red Sign, and a fine list of tunes followed. Collaborations with M.I.K.E., Danny Sels, Maurits Engelen, Jeff Vanbockryck, Marco Beelen and Frank Struyf led to a raft of releases all over the world.

Today Marnik, like his partner Fly, is working hard at Bonzai Progressive sourcing new artists, sifting through an average of around 500 demos per month and performing as Bonzai All Stars at festivals and parties all over Europe.

With two highly motivated, well respected and open minded people such as Christian and Marnik, Bonzai will for sure be a dominant force in the world of electronic music for a very, very long time to come. And remember to keep an eye out for the Bonzai All Stars for they will be around your way soon.