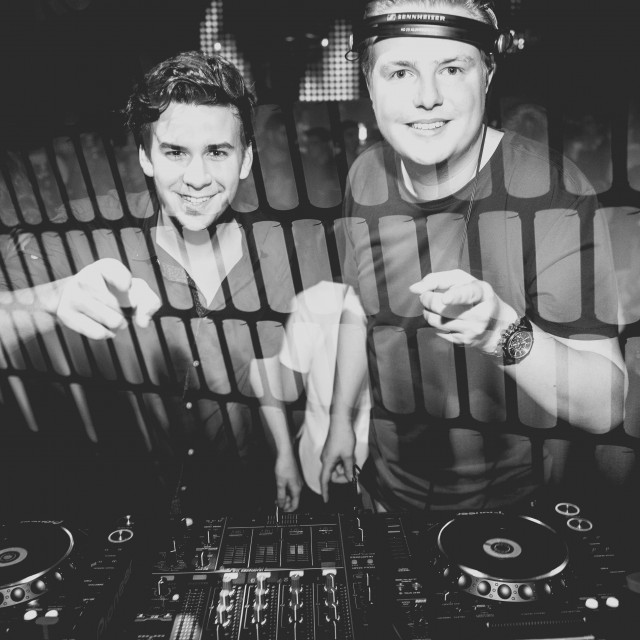 Yannick Dewinter and Nicolas Hermans, better known as the Belgian DJ duo Funktastix are childhood friends. They shared their passion for music since they were 12 years old and they've been sharing the DJ booth ever since.

Funktastix is well known in the Belgian party scene. They started spinning records at local bars and events and are nowadays playing in the bigger Belgian clubs and at numerous festivals. The talented duo also gained some experience abroad.

In the summer of 2015, Funktastix released its debut single 'Short Time Love', for which they collaborated with the Belgian singer Robin De la Rue.
Being discovered by national radio and television, Robin is up and coming in the music scene.

'Short Time Love' is a funky house track that promises to be a new summer anthem. Robin's voice on top of the catchy house tunes by Funktastix is a match made in heaven. Not only is the track signed to the major record label Universal Music, but it also receives a lot of support in the Belgian and international music industry.

Although the track is titled 'Short Time Love', this song and the collaboration between Funktastix and Robin will be a long-term success story.