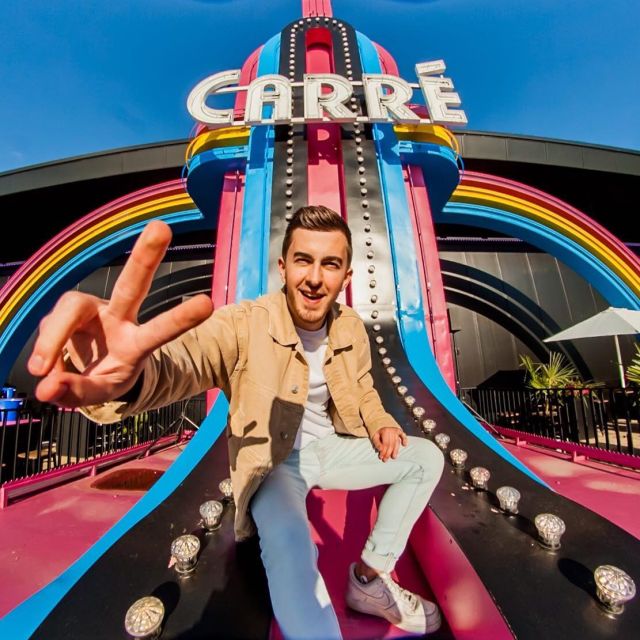 Energetic and energizing, the music of Lennert Wolfs has been known to make people's teeth fall out. Ok, actually, that hasn't happened…yet.

Despite his age (he SAYS he's 18), he's already played at Laundry Day, and closed the MNM stage at Summerfestival.

“I think it was my unusual childhood that made me such an optimist. I'm pretty much always positive and hyperactive," Lennert says. “You'll see that when I'm working at a packed club. Interacting with my people is the best part of my job!"`

What about the music? “I like to cross boundaries, I want people to inhale the music I play, to taste it. "Categories? “Hard to say. I like to use local talent and show support for local artists. Besides that, I guess you could say lots of EDM, with a commercial vibe. I love mashing up vocals on top of a hard driving house beat."

He started mixing because of that addictive beat, at home, at the tender age of 10. Just like all of us, the mix of melody and rhythm just got him. But what put him behind the decks and in front of crowds is music's power. He knows that music makes us leave our pale daily selves behind and galvanises our energy into incandescent dance.

And he is definitely burning. He's been signed by Crossover Agency (who also promote Alvaro, Ahzee, Plastik Funk, and Ralvero), and is resident at Belgium's renowned Carré. Lennert's packed calendar is proof that people feel that connection with him.

Fresh off 'Footsteps' (with Kind of Sick - #2 Ultratop Bubbling Charts) he's already working on a collaboration with Funk D and DIMARO. - Did we say hyperactive - because he's releasing his first solo track in the summer of 2015 and has also planned a series of solo gigs.. coming your way!