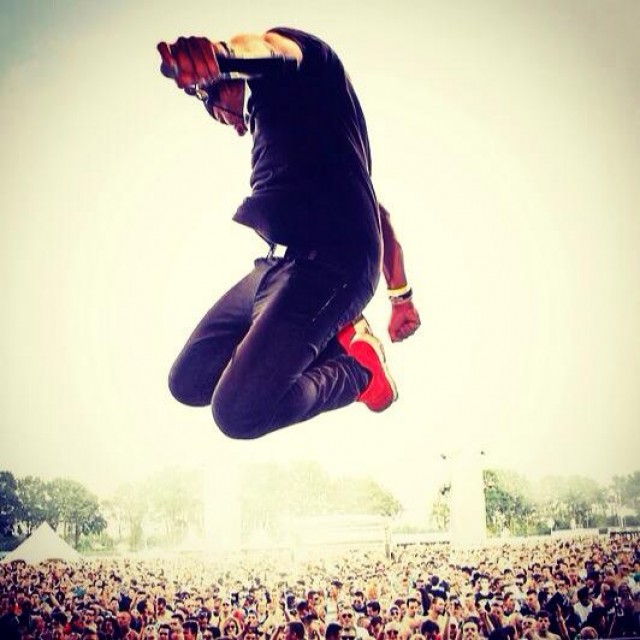 Apster is one of the most versatile MC's in the dance scene and frequently booked on events all over the world. He has worked with guys like Hardwell, Armin van Buuren, Nicky Romero, Dimitri Vegas & Like Mike, Afrojack, Martin Garrix, Lil' Jon, Reh3b, Eva Simons, Promo,Headhunterz , LMFAO and many more…

When Q-dance announced an MC Contest named 'Q-Factor' in 2006, MC Apster saw his chance to join and make his move. After sending in a demo-tape he got invited to the contest. During the following 5 month battle Apster made it into the final. In this final he left MC UB behind him and won, receiving a contract with Q-bookings and the recognition he worked so hard for.

Since, Apster has grown into a familiar face on stages both in Europe and abroad. Open to all styles electronic and beyond, this MC has shown his face among a diverse range of events. From house, electro and trance to the harder styles: hardcore, hardstyle, oldschool and techno. A skilled vocalist determined to bridge the gap between sound system and crowd.

Apster also is a resident Mc at the 'YOLO Ibiza 2013″ concept in the biggest club in the world “privilege" IBIZA! In 2014 Mc Apster joins the Privilege Ibiza World Tour and will be back in Ibiza as resident Mc!

Next to performing he invested time into the studio resulting in co-ops with several producers requesting his vocal skills to produce tracks and an album titled 'Art of Hardstyle' by The Overminds (Future Sound Corporation) featuring Italian and German producers. His tracks have appeared on many labels, including Jumpmasters, DJS records, Poseidon as well as ACTIVA from Italy and Belgian label DWX.

Without a doubt one of the most versatile MC's working today. Continuing to develop his skills, MC Apster is a respected MC in the dance scene with over 900 bookings in 8 years!!

From EDM to Hard Dance!